Mark was away today & I am glad. I don’t know what it would’ve been like trying to talk to him. He didn’t ring me tonight, so I gather he’s still “disappointed” with me. Boring-ish day at school.

Test in biology – no one told me (I was away [the day it was mentioned]) Failed it, consequently. Understood chem. work today..did it with mima. (No Cameron hassling me) Did bio prac. during lunch hour. wanted to go up and do my maths HW- assignment or get cards ([privacy omission] Fi & I want to make false I.D. so we can go out for Fi’s birthday) […we were such Bad Asses!] Talked to Keith a little during art. Found out he’d rung mark last night as well. I said he was wrong & that Mark was “angry” with me. Keith ([I] caught him out!) said “well, he won’t burn your house down”…”it’s happened before”. He’s disappointed & I can understand that. I’m just worried how long it’s going to be before we’re together again. I have a feeling he’ll avoid me tomorrow. Double bio – oh no! What’ll happen then? Tania asked if I’d like to go to Port Douglas tomorrow – mum said no – I’d have loved to – to get away from Mark (she didn’t go [to Port] today). [What do they say about running away from your problems?] Should I have rung him tonight? Oh well, too late now anyway. Please Mark, don’t ignore me or be angry or disappointed with me tomorrow

Well I saw him riding to school, but didn’t wave (in case). […in case he didn’t respond. Because that would be embarrassing…] I went straight into the maths room (Fi & Brent were there) & stayed through form, till double maths. I didn’t think he was talking to me & strangely, I wasn’t upset. After art, I was walking back to area .. in the room by the door he was alone. He smiled ..so I thought “Great!” But during bio it was different again. And ditto for the rest of the day. [Talk about a rollercoaster relationship…] (After school mima bet me he would say goodbye.. he didn’t ..she got Cameron to tell him to.. so Mark snapped “Goodbye”.) 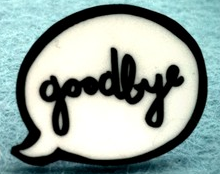 And I didn’t ring  him tonight . . I’m not really worried. Why should I crawl back to him all the time? He takes me for granted, I’ll bet: thinking I’ll always be there.. to apologise etc. Well I want him to ring or talk to me now & then to apologise or ask what the problem is ..Show he cares. He said I’ll never get away from him. Let’s see if he’s really bothered to stop us from breaking up. BORING DAY REALLY. SO HOT. G’NITE!

He avoided me totally today … not one word, one look. And I’m not anywhere near as worried as I would normally be ..I’m surprised! (you see I could say I’m not worried at all – but that wouldn’t be the truth – I am just a little, deep down, but as I said .. nowhere near as worried as I used to get.) Today I wrote out all the quotes from Mark’s letters & also things he’s said to me. [Apart from trying to reassure myself about his feelings for me, I’m thinking this would have been a compilation of ‘evidence’ to potentially be used in a future talk, or ‘confrontation’. Not that I’d take the little list along with me; writing helps to better commit things to memory.] Keith, before school, said Mark said he just doesn’t feel like talking to me. Oh that’s great. Just don’t talk to me when you feel like it.. no matter how much you hurt me. So I went through the day ignoring him. Mr Grossetti dropped us home after aerobics again. There was a letter from Kerry A. [the social worker/counsellor I’d come to rely upon]

She’s gone to Brisbane. Great. I wrote a 5 page thing “to” Mark but don’t know if I’ll give it to him It’ll probably make him angry with my luck. So hot. It’s s’posed to be closer to winter now. FAT CHANCE I’m so tired.

Avoided yet again. And that 5 page letter I did (well Fi did) give it to him, in 4th period – no difference ..still not talking. Boring day … art bludge – my painting is hopeless. Big lunch – did chem prac. (for contract), are doing it tomorrow as well. After school, went to see Kerri – gave her a present. Farewell! Saw Tania (& also tonight at Earlville) she’s leaving tomorrow Boo hoo! Everyone’s going! Mima & polly came down & soon mum took us to Earlville. Was good. Got Fi’s & Mark’s presents. [I’m sorry, you what? You’re being ignored and you’re still going to buy a gift? Well, I clearly didn’t think this ‘rough patch’ would result in the end of the relationship. Says something about my level of Hope. Or ignorance?] Yahoo. Keith rang when I got home.. ∼9:30. Talking about different things. I cannot understand Mark. He is taking me for granted. Maybe if I scared him. Ha. That would backfire for sure, I bet. [Yes. Karma. It’s a bitch, apparently.] I wish he was more understanding. I hate school. That causes all the trouble. [Haha, the Blame Game. It’s a Human Condition: nothing’s ever your fault, always someone’s or something else’s…] BITCH. oh well. Is 10:10. NO HW done UMAH.

I barely saw him at all today, totally. Mima came around 7:45. Were riding really slow; I was finding it hard to start with. But after stopping to pump up tyres..we were off! Flying! Did really well! Double english was so boring..but in art! I did quite a few [black & white photo] prints [in the dark room]– moni & I preparing at the exhibition; moni & I at the opening that night & Mark & I in hospital. Big lunch spent in lab… did 2 pracs. Have about 5 left. Mucking round – fun lesson of chemistry. Mima & I rode over. Was sad. Mrs Perrem [Monique’s mother] seems much different. I don’t know. Neville & his mum came too.. that kind of spoiled it .. I’d wanted to talk personally [‘privately’ perhaps?].. (y’know). But Mrs P. gave me a mini photo album with monique’s camp photos, artwork, piccys of her & the day at the beach & one of the day when all the guys came over. [I have pretty much posted nearly all of these photos in my blogposts along the way…] I’ll treasure it. We eventually left ..rode to Stereo World around 5:30. Mum picked me up about 7:00. Late night really.

Monique’s room’s beautiful. I loved being in there. Oh it’s not fair. Monique, you were the best thing that happened to me. And I never got to tell you. I love you. So much.

I never get any work done on Saturdays- too many music shows on during the day. From 10:00 through (nearly non-stop) till 2:00. And, I usually can’t get up early on this day. Mum woke me this morning- I’d forgotten I had a hair appointment for 8:15. It’s cute! All one length bob- ear level & short fringe – a page Boy cut. Fi rang & we talked abit … I started getting ready around 5:45. The Brewers picked me up ∼7:45. Salad Days was almost as bad as West Side Story. Singing, dancing & acting was better this year but the plot of the story was so damned sick & stupid. Jokes were sick. [Remember, back in the 80’s “sick” didn’t have ANY positive connotations. So I was in fact hating on the jokes, right there…] Anyway, Brewers dropped me home & mum dropped me back at the corner of Cassowary St. Sonia’s party was dying when I came. Sharon had left. I stayed with Fi & Jason P. Cameron, Chris, Glyn, Steven, Mike (I) were there (Fi said Keith had been too) But Mark wasn’t ..didn’t matter.. there were no guys I could flirt with anyway. [You see that? The ‘Jealousy Game’…]

Eventually, we went in this guys’s car to Coppelode Lookout.. with all Jason’s friends (Nigel too!) stayed there for a while, music blaring talking mucking around & looking at the beautiful view→ [see pic, left. here I crossed over to Sunday’s page in the diary…]

After, went to 24hr service stn & people ate. Then, Jason picked up his car & dropped me home around 3:00. Saw Paul at the party. He stayed Saturday night ..in a combie. I listened to 4CCR for the rest of the time, till 4:00, then “bombed”. Got out of bed around 11:30. The day went surprisingly slow, considering I was up for only ½ of it. I did a little chem. HW but that was it. Did Big Fat NOTHING again. Beka came over late. (around 5:00) talked to her mostly about Mark. Then dad came, dropping Julia home. (I’m not looking forward to next weekend at all ..fi & the rest will be raging for her Birthday.) It’s not fair. Wonder if Mark will be talking to me by his birthday. Oh shit. He’d better be. I wish he would come to Port. I WISH EVERYTHING WOULD BE EXCELLENT BETWEEN US. Why is he not talking to me? Isn’t he hurting? Doesn’t it WORRY him? DOESN’T HE CARE?? Don’t you care, Mark? Boring night – listening to radio … should really have an early night, but want to see if they play “Candy” for once.