It was hell trying to get to sleep last night. To bed at 10:00; I could not sleep… lay moving frequently, ended up listening to the radio. About 2:00 I would’ve gotten to sleep I don’t know why I was so restless. Anyway, I woke rather early (??) It was hot. After mum left, Jules & I sunbaked till 9:50. (My stomach’s looking nice ‘n’ brown!) [Ah that stomach. It’s been the (physical) bane of my life.] Time went quickly. Around 11:30 Mark rang (he’d just woken up.) Talked for over an hour …going to [see the movie] Aliens on Wednesday night! (Julia wants to come too) I think I might’ve hung up on a bad note, hope not. Went to Kmart & Earlville with mum & Jules after – got more new socks & new singlets! That’s it, though. I want one of those tops, sleeveless with a high (turtle) neck. For Wed night. Fi rang (well I rang her) Justine F’s going to Brissy & wants us to go to Pancake House Wednesday night. Can’t wait! I can go, then go to [the Cinema] Capri from there. Then Croc Rock with Mark after the movies. oooh! I can’t wait! my stomach seems to be going flatter & browner! Must tone it up. Ooh, everything’s going good! Had an 1½-2 hr phone call from Beka→ all about Mark nearly. Is 10:35. wonder if I’ll get to sleep alright tonight?

Here I was, trying to sleep in (rather effortlessly for once! Yahoo!) & mum comes in . . “it’s Sharon. She wants to know if you’d like to go to the movies.” It was 7:30. [The point being, no movies began screening before 9:30am, so why did she have to disrupt my slumber?] I did though. Labyrinth is EXCELLENT. I love fantasy. That Is pure fantasy – beautiful romance. I loved it! God it’s hot. Walked round for awhile after. Caught 3:15 bus home- Mima, fi & polly also did! At home, read the letter Mark sent me. [I’m assuming a new one had arrived] It really is cute. Some gorgeous  things – calling me “Princess” [back then, being a ‘Princess’ had no negative connotations…] and saying about my “cute giggle” and wants to think of me (wants me to send him a tape with me talking & laughing!) HaHa! Cute! So I wrote one back immediately. Rode to shops & posted it immediately. Have tried to ring him but is engaged. (for finalities on plans for tomorrow night.) [Desperado!] Oh dear. […you said it!] Am really looking forward to it! Is 8:55. Should I try again? [Really? I’m surprised mum let you. It was a kind of unspoken rule in our household that it was rude (inconsiderate) to call people after 8pm.] Why not? [Because it’s ‘too late’?] Nope – still engaged. Maybe their phone’s on the blink? [“on the blink” is Aussie slang for “not working”] Hot night.

I can’t quite remember what I did today .. I think I woke and went to Smithfield Shopping Centre with mum to do the grocery shopping. I got a white sleeveless midriff high necked (turtlenecked) T shirt. At home I (can’t remember really what I did.). sunbaked for a while. About 5:00 or so I began to get ready. I wore my navy & white striped singlet dress as a skirt on (just above) my hips with Jules’ white belt, my new shirt & black shoes. [I can clearly picture this outfit. We were pretty creative with our outfits back then, thanks to the likes of Madonna, Boy George, Cyndi Lauper et al, who spawned the messy, layered fashion trend.] My hair was loaded with hairspray [aka Madonna/Cyndi L]. Picked up fi. Stayed short time at Pancake House – Justine, Leanne, Linda, Fiona, Mima & Brent were there when we (Jules Amanda & I) left. At Capri I saw him & Keith as soon as I walked in, but walked straight over to the ticket box. I sat. They “fretted” about tickets – the price. Eventually walked in when the attendant wasn’t there! Anyway nothing happened.

[As in, no “making out”. As if it would, with his mate sitting right there with us.] I watched the movie – almost all of it & best I did was hold on to Mark’s jacket sleeve (wrap my arm around his kind of.) Aliens wasn’t really scary at all. After, we found Fi downstairs. She’d waited 1½hrs for us. [Poor pet] Went with [privacy omission]‘s dad [another parent complicit in our underage clubbing?] to Croc. Rock→ [story continued over the page…]

for the first time ever (at C.R.) I wasn’t asked for ID at all & for the 1st time ever Keith & Mark were! 3 of us walked up. Fi got in later only about 10-15mins later.  Was rather dull that night. We did dance “My Favourite Waste of Time” came on. Mark wasn’t into dancing that night. It was rather dull… I got depressed & that’s caused my day-long depression today. I think now that I made a mountain out of a molehill. Just some things about “marriage” [?!] & Mark doesn’t like my moodiness. [I think it’s fair enough to feel a bit crappy if you feel you’re being criticised.] I was quite depressed and the night did not end on a high note. In fact, I worried & was very moody all day today. I wonder why he never calls me and other things like that. Does he really care? How much does he care? There was a girl he talked to a lot whom I thought was [privacy omission] The girl he used to “love”. I worry too much. [Ya think? At least you’re aware of it…] I watched TV mostly read children’s literature to stop thinking. [Possibly why I love movies and books to this day: healthier forms of escapism than, say, drugs…] Beka rang then came over And I rang Fi tonight. She makes so much sense. I wish I had her attitudes to life. [I clearly didn’t have a clue back then that you could train your ‘attitudes’…] SO HOT 2DAY Is 10:05 GOT ABOUT 5HRS SLEEP THIS MORNING ∼5 till 10

Today I immersed myself in fiction again, but watching a bit more TV as well (who says that’s not fiction?) of course it is. [Oooh, some premature wisdom there!] My appetite was small I was surprised. [Stress can kill appetite] It was very hot. I was very tired. We went to see Nana in the afternoon. I ate 2 icecreams on the way home. [Emotional eating. Food as a crutch.] I feel and look slimmer, concerning my stomach. All I need is to exercise. My diet’s OK. (I mean concerning Kj intake – not nutrients) [At least I was aware of ‘good’ and ‘bad’ food and the notion of ’empty calories’] I need to burn my energy a bit faster. I think a little about Mark. I am not so worried anymore (superficially that is – I worry, deep inside, all the time. [Fantastic! Chronic Stress. The thing that underlies the majority of illnesses and even death.] More so, now) If I rang, what would I say? We must get in contact again before school or things could change (for worse.. ) I should send him the tape of me. Maybe letters are the best. I’m chicken (at the moment) to ring him & he will not willingly ring me. [Good god, I wish I could shake my young self! How useful the book “He’s Just Not That Into You” could have been back then…] I wish I could be sure he felt a lot for me. I hope he does. [10:00] 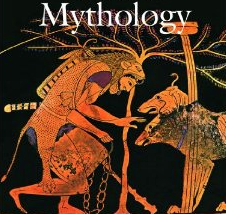 Today I ate and watched TV. Nothing unsusal or exciting. Late this afternoon & right on through till now I have been going through the section on classical mythology in the Pear’s cyclopaedia getting all the ‘gods’. Haven’t finished yet. But today was hot & boring. Julia tried to get me on tape, but I resisted & she got shitty with me. [Sweet little sister; trying to propagate my potential relationship by fulfilling my ‘suitor’s’ wish… and promptly cracking the shits when I fail to comply…] God it’s hot!! Didn’t, obviously go to work today. Gonna listen to the radio again for as long as I wish – I can sleep in – – we hang towels over our louvres so our rooms are dark in the mornings – works well – I woke about 9:15 this morning! Did you know I’m in Greek myth? (Actually, yes: I have related this little tale (although with different details) in a previous post: click here if you’d like to re-visit it.] Elissa (Dido) daughter of a King [of “Tyre”] 2 stories – but in both I commit suicide. Nice, huh? Maybe I should do just that. [Wow, heavy.] I keep wondering about Mark. Want to, but don’t want to ring him. He is so gorgeous. I love him, do I? [???] 10:00

I finished “gods” research in classical myth. And read about the Zodiac signs as much as possible. Otherwise for the rest of the day (most of it), I listened to the radio & watched cricket – Australia actually won! Jules & I were freaking every time they got one [a batter, I assume] out! Rang Fi tonight – she can’t do anything tomorrow – going to town with her mum. Also rang Mrs P – she wasn’t certain, but Monique’s coming home on the 25th; she rang me right after! [we definitely shared some freaky incidents, that girl and I…] From Brissy! She’s coming back with Cameron! Believe it or not the one who’s s’posed to hate her. I didn’t ring Mark. I might tomorrow night – saying I’m going crazy with boredom.

Tomorrow tho’, we’re going to “book” Jules in .. I think. [And “I think” this referred to her moving to Cairns High. She’d witnessed the changes that the switch to ‘CHS’ had brought me, so followed suit in the hope that her life would change ‘for the better’ too.] Boy it’s hot. Woke early this morning to a downpour. Got a sprinkle this arvy ‘n’ that was it. Crikey gee! Hangin’ out for a letter from MW tomorrow. Hope 10:25